Las Cruces at a Glance 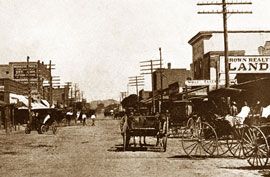 In its early days, the New Mexico Territory was considered a lawless western outpost overrun with “cowboys and Indians,” and criminals such as Billy the Kid. But long before President William Howard Taft signed the proclamation making New Mexico a state on January 6, 1912, the people of this “lawless” territory were ready. One hundred and six years later, Las Cruces, also known as the City of the Crosses, is the second largest city in the state (after Albuquerque) with an estimated population in 2016 of 101, 760 (www.city-data.com).

The area was originally explored and colonized by Spain and Mexico, with the lucrative Camino Real trade route well established by the time Las Cruces was founded. The story of how Las Cruces received its name is uncertain. The most popular explanation is found in the diary of Susan Magoffin, the young wife of a Santa Fe trader, who noted in her journal in 1847 that she and her companions had passed over the spot where several years previously, a band of Apaches had killed General Armijo and 14 of his men. The graves were marked with a few rude crosses. At that time the area was claimed by both the Mexican Empire and the Republic of Texas. A year after the Treaty of Guadalupe Hidalgo in 1948, the US Army laid out the town plans, in compliance with a request from the village of Don͂a Ana, six miles north, which needed room for expansion.  The crosses gave the new town its name. (Harris 36-37).

Before the arrival of the Telegraph (1875) and railroad (1881), Las Cruces was a village in the shadow of Mesilla, 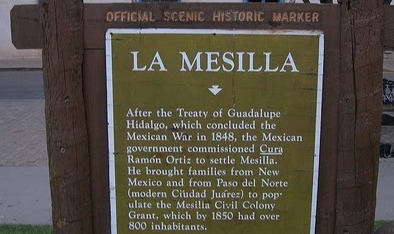 established southwest of Las Cruces at the same time and for the same reasons, with the added motivation of a population who preferred to live under Mexican rule (Owen 26). Their hopes were dashed by Mexican President Santa Anna, whose need for funds outweighed his desire for territory. In April 1854, the United States Senate ratified the treaty which became known as the Gadsden Purchase, after the American minister to Mexico, James Gadsden.  The United States paid Mexico $10 million for a 30,000 square mile strip that included the village of Mesilla, and the treaty was signed in the bandstand which graces the town square to this day. (Owen 35-36)

Mesilla continued to be the leading settlement in the area until they refused to sell the right-of-way to the Atchison, Topeka, and Santa Fe Railroad. Residents of Las Cruces seized the opportunity and in 1881, the first passengers were welcomed at the newly-renovated depot which serves as a charming museum, with limited freight service. (Owen 50)

Law and order were maintained by a combination of local sheriffs and territorial militia, the most famous lawman being the legendary Pat Garrett.  The most infamous outlaw was William “Billy the Kid” Bonney, who was captured and tried in Mesilla in 1881 but managed to escape to Lincoln County, where Garrett tracked him down and killed him (Owen 97). Garrett himself was killed on the Cox Ranch east of Las Cruces in 1908 (Las Cruces Bulletin 3). With the establishment of Las Cruces College by Hiram Hadley in 1888 (chartered under the Morrill Act of 1962 and the Hatch Act of 1887), higher education came to the Mesilla Valley. The school was later named The New Mexico College of Agriculture and Mechanic Arts. In 1958 the name was changed again to New Mexico State University (Bulletin 10).

St. James’ Episcopal Church in Mesilla Park was enthusiastic in its support for the fledgling college. Two important sources of outreach were the men’s choir of the parish and the pastoral ministry of the rector, the Reverend Hunter “Preacher” Lewis, who arrived in 1905. “Preacher,” as he was called, not only established himself as an active missioner, found at least 7 churches in the area, but also served as an informal chaplain to countless students (Owen 81).

Facts at a Glance (Las Cruces Quick Facts and Resources consulted in this section):

Since these early days, Las Cruces has seen continued growth and development, becoming the county seat of Don͂a Ana County, a major crossroads for Interstates 10 and 25, and Highway 70, and a true college town. The Organ Mountains, 10 miles to the east, dominate the city’s landscape, giving new meaning at sunset to the phrase, “purple mountains’ majesty”.

The Organ Mountains-Desert Peaks area was designated a National Monument in 2014 and is among the most visited attractions, along with White Sands National Monument to the east, known for its white gypsum “sands”.

Other activities and attractions (www.citytowninfo.com) include: 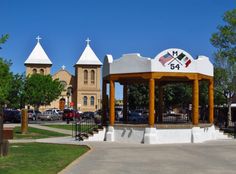 Among the Mesilla Valley’s biggest selling points is the climate. At an elevation of 3,908 feet, the area features 350 days of sunshine. Temperatures range from the mid-60s to the upper-90s in summer and low-30s to high-50s in winter. Average rainfall varies from 9.75 inches a year to 11.4 inches. Main employers (Las Cruces Quick Facts and Resources) are: 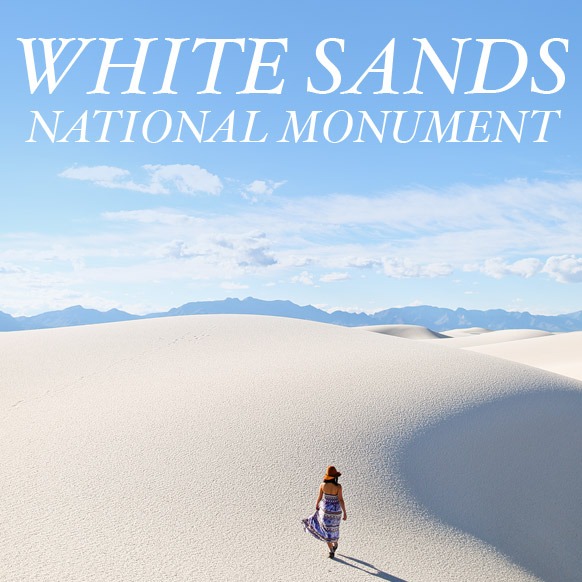 In addition, dairy farms flourish between Las Cruces and El Paso, 41 miles to the south, earning that stretch of I-10 the nickname, “The Milky Way.” The climate is also conducive to the growing of grapes, giving rise to a burgeoning wine industry in Las Cruces and west in Deming.

Las Cruces has the amenities of a city with the intimacy of a smaller town. There are two hospitals, one psychiatric facility, and one rehabilitation center. Many people retire in Las Cruces. They support the arts, volunteer with energy, and join the many churches and faith groups in town. The economy of Las Cruces reflects a wide variety of income levels. Median household income in 2016 was reported at $39,201 (state average was $46,748). Las Cruces is a comparatively affordable place to live, however, with the average value of a home in 2016 at $150,700. Population demographics list 59.6% who identify themselves as Hispanic; 34.4% White; 2.6% Black; 2.1% Asian; and .7% American Indian. (Wikipedia)

A number of movies have been filmed in Las Cruces and the surrounding area, the latest being, “The Mule” by Clint Eastwood, and “Walking with Herb,” screenplay by Mark Medoff, starring Edward James Olmos. A scene from “Herb” was filmed at St. James’ in September 2018.

New Mexico State University, founded in 1888, now sits on a 900-acre campus and enrolls more than 15,000 students from 49 states and 89 foreign countries. Originally a land-grant college, NMSU has long been known for the quality of its agriculture, science and engineering schools. The home of the first Honors College in New Mexico, NMSU leads in research areas that include space and aerospace programs, bio-sciences, and border-related programs. The discoverer of the (dwarf) planet, Pluto, Clyde Tombaugh, once taught in the astronomy department. NMSU is classified as a Hispanic-serving institution by the U.S. Department of Education, receiving the Higher Education Excellence in Diversity award by INSIGHT Into Diversity Magazine. In 2015 Forbes recognized NMSU as one of America’s Top Colleges. (www.nmsu.edu)

Since the arrival of celebrated Russian actor/director, Hershel Zohn, in 1950, the drama department has excelled in the quality of their productions, continuing to build on Zohn’s legacy. The music school offers regular performances of their university-community symphony, a number of choral groups, and the Don͂a Ana Lyric Opera. In addition, NMSU has an outstanding program of Hotel, Restaurant and Tourism Management, and a Professional Golf Management degree. 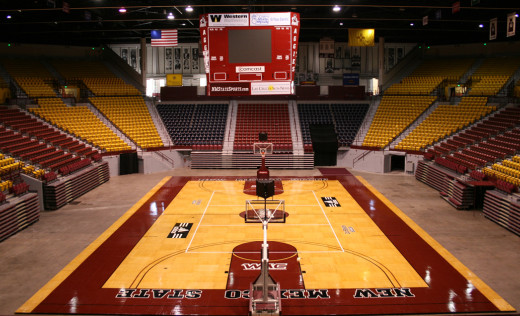 An intrinsic part of the Las Cruces community, NMSU athletic events draw enthusiastic support from the townspeople. Both men’s and women’s basketball teams and the women’s volleyball team win frequent conference championships, with the men’s team making the Final Four in 1970 and the Sweet Sixteen in the early 1990s. Other sports are well-attended, including baseball, softball, and football. In 2017 the football team went to their first bowl game in 57 years, winning the Arizona Bowl 26 to 20 against Utah State, an event the whole town celebrated with a parade and a rally on the downtown mall.

The Pan American Center hosts more than sports events, offering an excellent venue for such events like the annual Mariachi Festival,  local high school graduations, and famous performing artists, such as country singer, Garth Brooks, the Trans-Siberian Orchestra—and in the past: Riverdance, Bob Hope, and Dolly Parton. 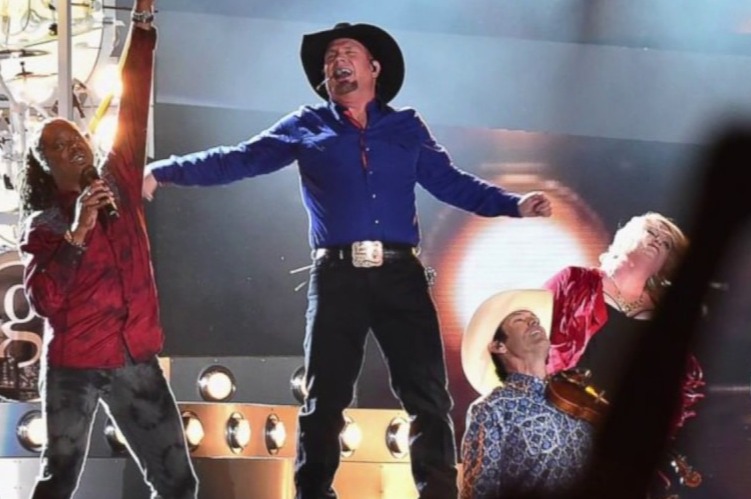 Downtown Las Cruces Then and Now: 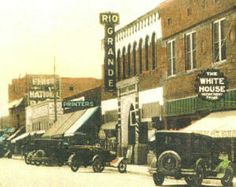 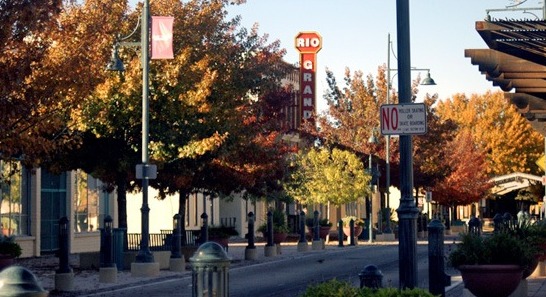